The Turning Tide by CM Lance is a drama set in Australia and Asia, published in 2014 by Allen & Unwin. Some characters appear in later years in Atomic Sea.

A sweeping saga of secrets, love and consequences set against a dramatic backdrop of wartime Australia. When Mike Whalen revisits his former commando training grounds at rugged, beautiful Wilsons Promontory, forty years after fighting in Timor, he's shocked to meet Lena, the granddaughter of his glamorous old friends Helen and Johnny.

When Johnny died in the Pacific War he left behind a burden of buried secrets, and as Mike is reluctantly drawn back into the life of Lena's family he finds himself overwhelmed by the past: from growing up in melting-pot Broome to tragic guerilla missions in Timor, desire in post-war Hiroshima and betrayal in the jazzy fifties.

Before Mike can turn the bitter tides of memory and have any hope of happiness, he must rebuild his bonds with wartime mates, face his long-held guilt and finally confront Helen – and himself – with the truth. From Broome to the Prom via war in the Pacific, this is a novel of adventure, betrayal and passion. 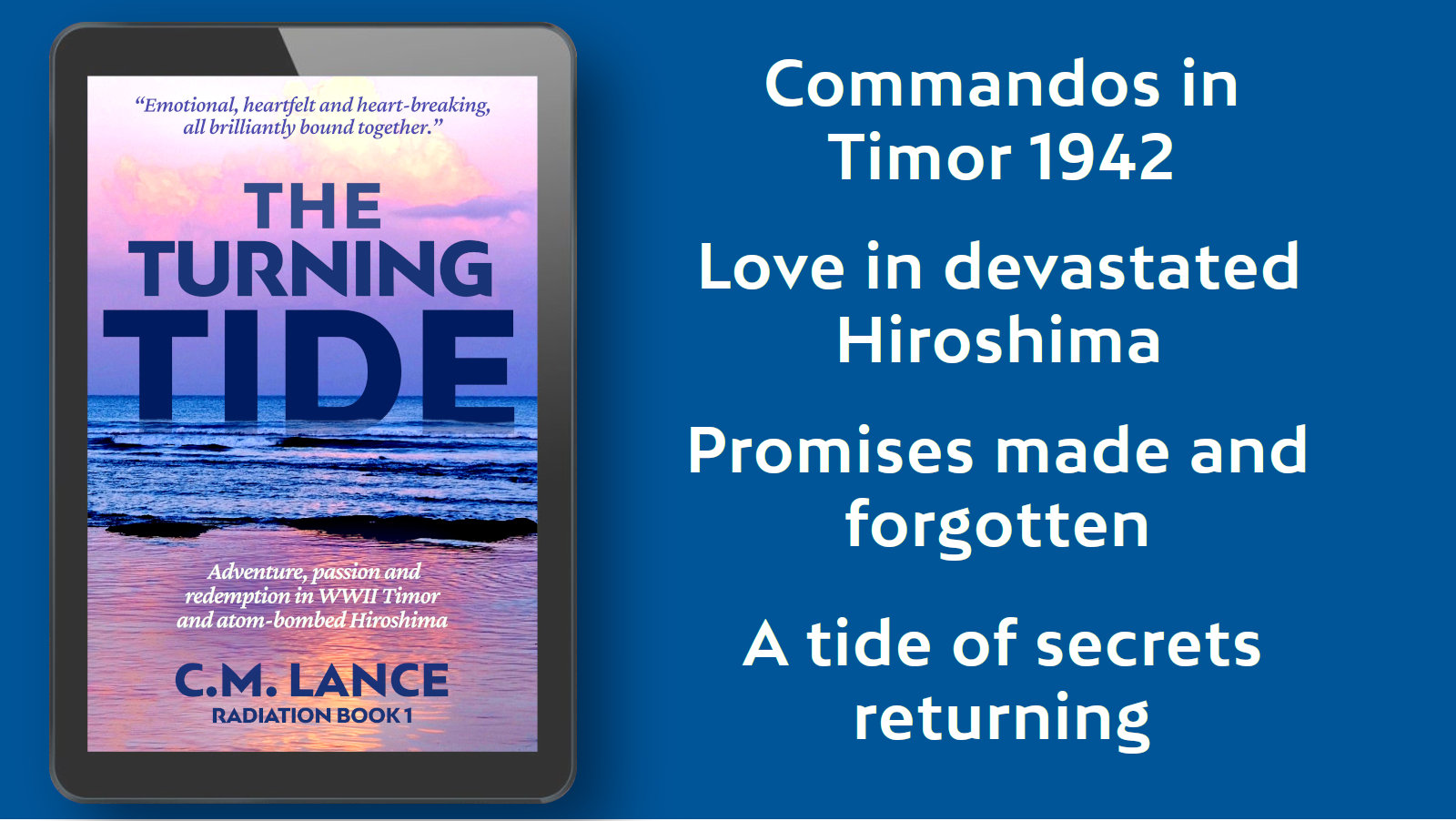 ‘It took me about two pages to fall in love with this beautiful Australian book.’

About The Turning Tide

The exhaustion and pain of war for some of the first Australian commandos was vividly depicted by war artist Ivor Hele. His sketches of the men of the 2/3rd Independent Company informed my concepts of the book's protagonists from the 2/4th. Images below are from the Australian War Memorial. 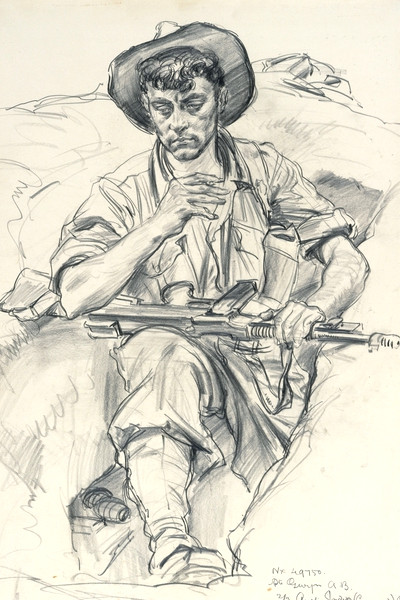 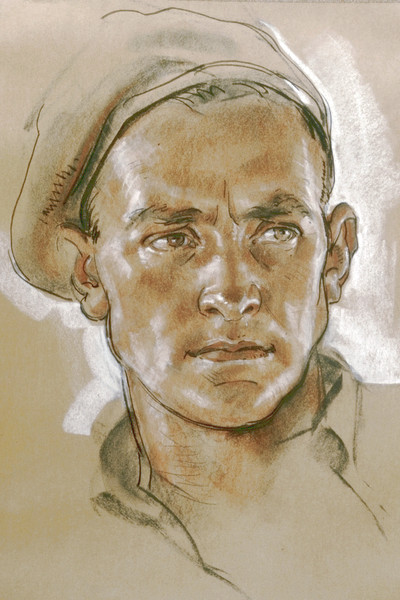 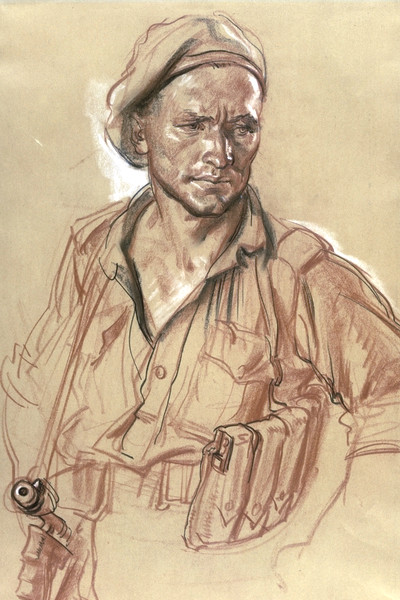 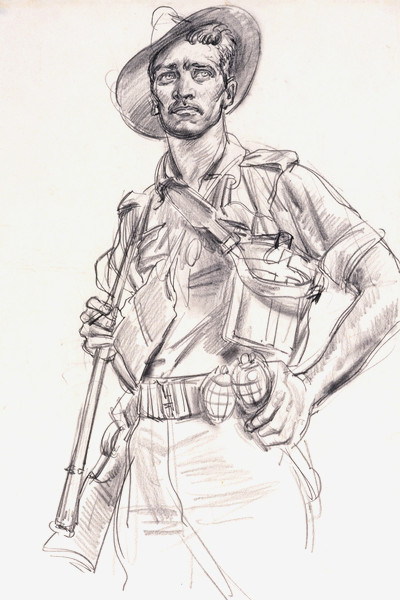 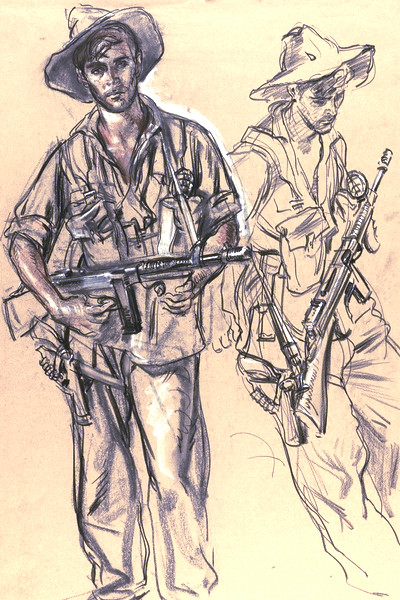 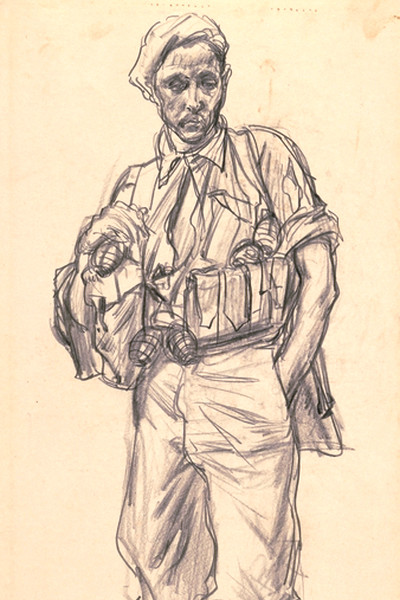 Origins of The Turning Tide

Any book is made up of a thousand strands of memory, reading and imagination. This one in particular is based on so much true experience I'd like to describe its inspirations in full.

In 1993 I happened to read Peter Pinney's superb Signaller Johnston's Secret War, three novels drawn from his illicitly-written diaries of his experiences in Papua New Guinea and Bougainville. Although I had little interest in war topics at the time, the first novel, The Barbarians, vividly remained with me. (See Pinney's portrait above.)

I was horrified at the acquiescence of successive Australian governments to Indonesia's 1975 invasion of East Timor, but only learnt of that country's amazing support of Australia during the Pacific War when writing Redbill in 2001. During the occupation from 1975 to 1999 more than one hundred thousand Timorese were killed or starved to death. That such a thing could happen to people to whom we owe so much is a breathtaking injustice. (That wealthy Australia is still trying to steal impoverished East Timor's natural resources is a continuing source of shame.)

Redbill also introduced me to the story of talented Yasukichi Murakami from Broome's early days. Murakami's son Joseph kindly sent me his own accomplished translation of Letters from the End of the World by Toyofumi Ogura, an intimate and haunting account of the Hiroshima bombing.

Anyone familiar with the history of the Services Reconnaissance Department, Z Special Unit and the Lugger Maintenance Section (thank you again, Redbill), will of course recognise 'Alfy' as Captain James Ellwood, whose report in the National Archives of his experiences during the Lagarto mission are both touching and perceptive. 'Dosh' of Operation Cobra is Captain John Cashman.

I visited Wilson's Prom briefly in 1991 but was most struck by its beauty in January 2009 when sailing on the schooner Enterprize. After a long hot night we woke in the cool morning to see the beach at Little Oberon magically lit up by the sun through a low mist. A few months later I started visiting the area and now live in a town in the green hills of South Gippsland.

I wanted to write something about this region and when I saw the Commando memorial at Tidal River and realised that some of the men who trained there were those who'd gone to East Timor, the structure of the story started to come together.

Looking back I see I planned to put a couple of epigraphs in the book that didn't happen. They relate to Mike's situation and the emotional body of the story. One is from 2011, an episode of Brenda Blethyn's Vera. Paraphrased it was: Solitude is not for the faint-hearted.

The other is a distillation of something I once read: Grief is love that's lost its home.