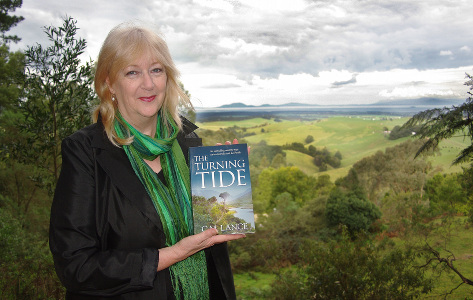 C. M. (Kate) Lance grew up at Speers Point on Lake Macquarie, NSW, studied arts at the University of Newcastle and science at London University. In the 1980s she completed a doctorate in astronomy at Mt Stromlo Observatory, ANU, then moved into Internet technical services in 1988, working at CSIRO and the University of Newcastle. From 1996 to 2000 she was System Manager and Director of Internet Services at the pioneering ISP connect.com.au, then Executive Director of the Internet Society of Australia until 2006.

The charmed life of a pearling lugger inspired her to write Redbill: From Pearls to Peace, which opened up a whole new world of maritime history and the extraordinary people linked to that mysterious vessel. Redbill won the Western Australian Premier's Book Award for Non-Fiction in 2004.

Intrigued by the secrets behind the published works of maritime author and photographer Alan Villiers, she wrote a biography based upon his diaries, Alan Villiers: Voyager of the Winds. The book explores the lives of the great four-masted steel windjammers of the early twentieth century, and won the Mountbatten Maritime Award for Best Literary Contribution in 2009.

In August 2014 her first novel, The Turning Tide, was published by Allen & Unwin under the name C. M. Lance. It was based on the WWII history of commando training at Wilsons Prom in South Gippsland, guerilla warfare in Timor in 1942, and life in post-war Japan. In February 2016 she independently published the contemporary thriller-romance Atomic Sea through Seabooks Press, which takes up the story of some of the characters from The Turning Tide some three decades later.

She continues to work in Internet technology, with Lancewood website management and IPv6 Now, Australia's only dedicated IPv6 services and training company. She has two adult sons and two whippets, and lives in green South Gippsland. (Image courtesy of Gill Clarke.)