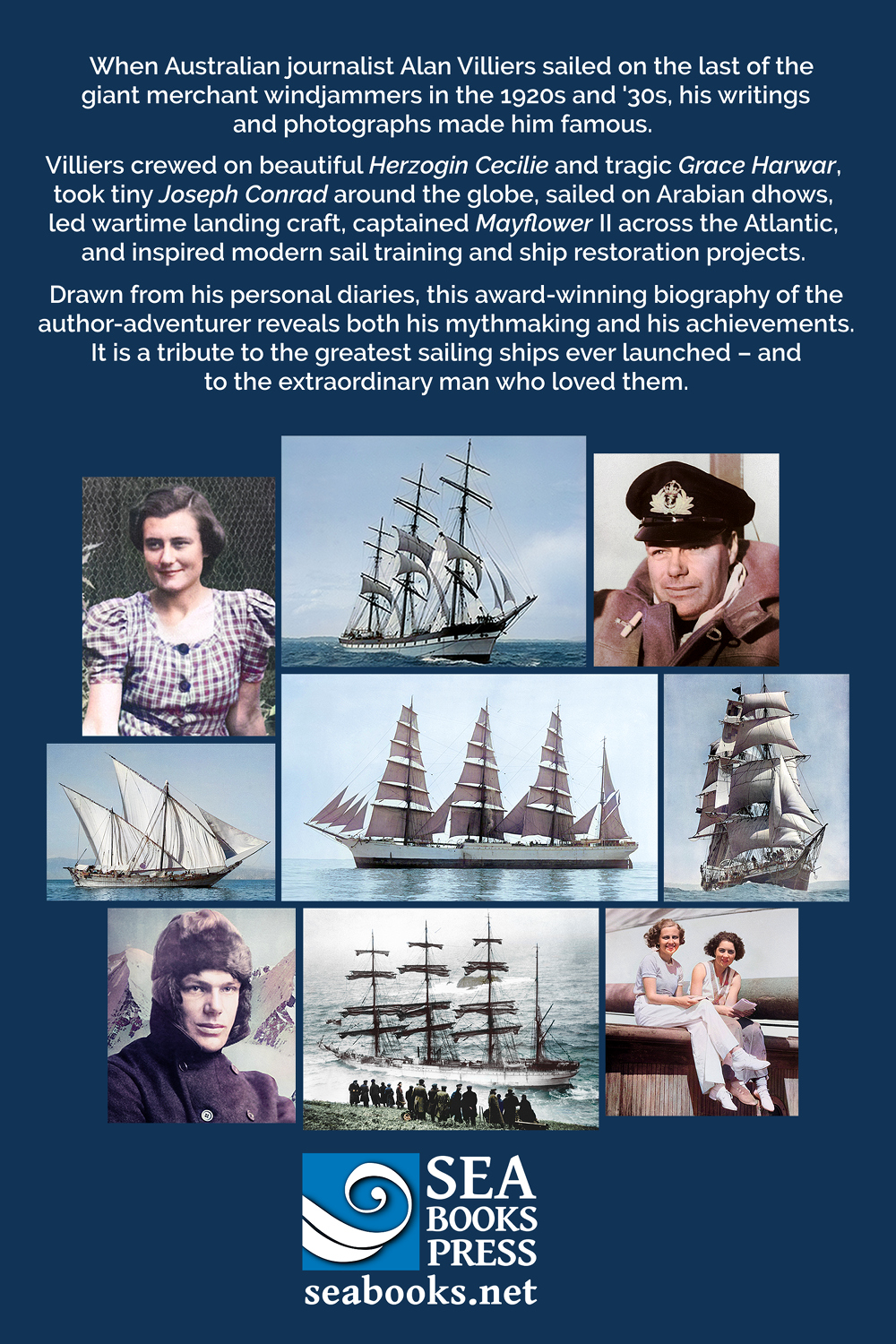 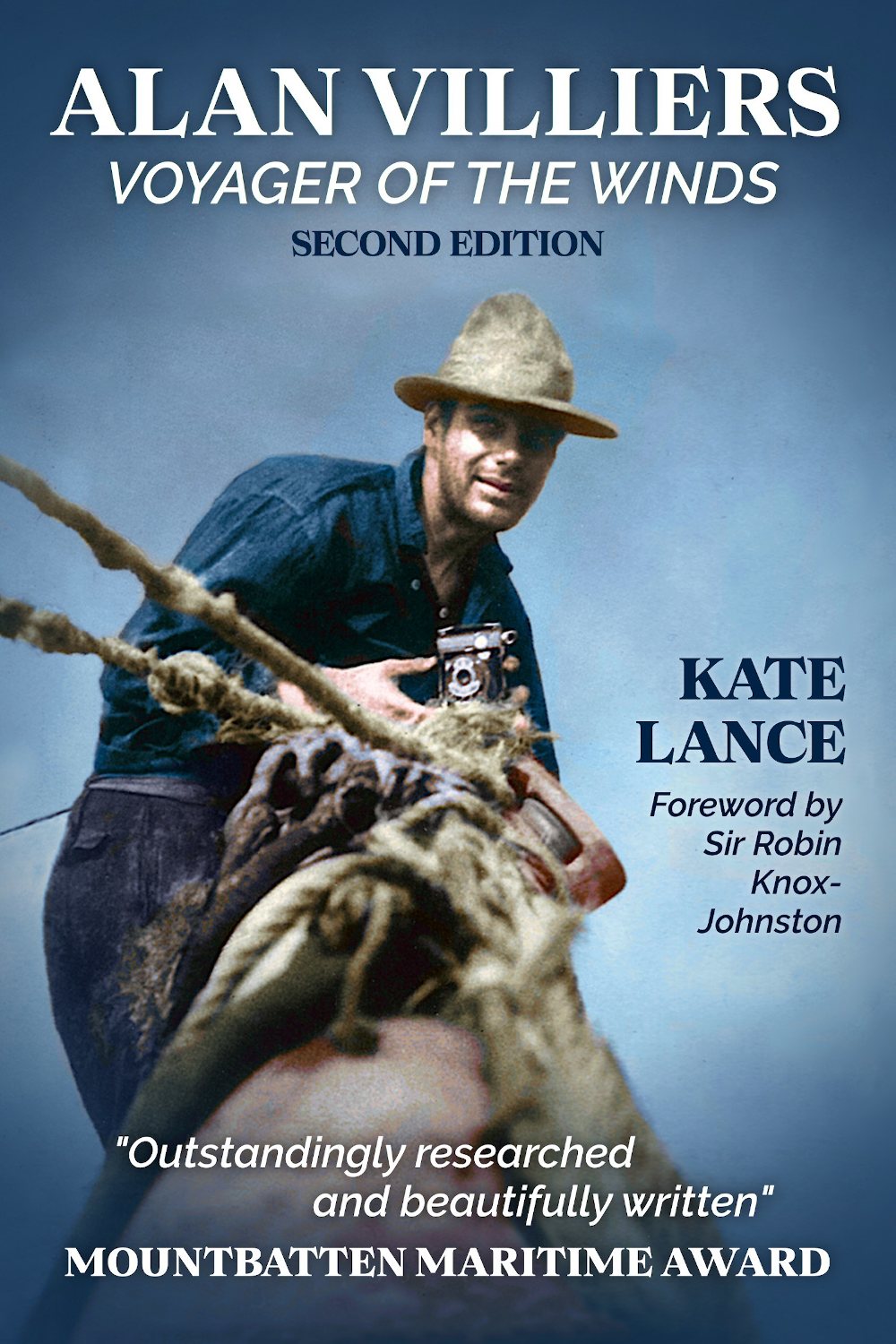 This is the second edition of the biography of Australian journalist Alan Villiers, who sailed on the last giant merchant windjammers during the 1920s and 1930s. It is fully revised, with many additional images, and is available in paperback for the first time. The first edition won the Mountbatten Maritime Award.

Villiers' major works include Falmouth For Orders, By Way of Cape Horn, Voyage of the Parma, Cruise of the Conrad, Sons of Sindbad, The Set of the Sails, Quest of the Schooner Argus, Give Me a Ship to Sail, Posted Missing, Captain Cook: the Seaman's Seaman and The War with Cape Horn.


About Alan Villiers: Voyager of the Winds

Alan Villiers: Voyager of the Winds is a biography by Dr Kate Lance, published in 2009 by the National Maritime Museum, Greenwich, UK, and the UNSW Press, with a Foreward by Sir Robin Knox-Johnston. The book won the Mountbatten Maritime Award. The Awards Committee stated:
"For her truly illuminating biography of Alan Villiers, a complex and sometime difficult man who had an immense influence on the popular understanding of voyaging under sail. Voyager of the Winds is outstandingly researched and beautifully written as it unfurls the true character of this extraordinary seafarer." 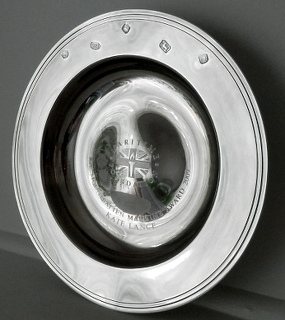 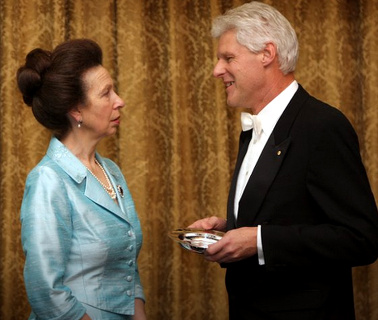 While I was researching Redbill, I found Captain Ancell Gregory's records of his service at sea. From 1895 to 1899 (aged 16-20) he apprenticed and was acting third mate on the four-masted iron barque Vanduara. From March 1900 to August 1901 he was second mate on the four-masted iron barque Andorinha, then first mate on the full-rigged ship Rhuddlan Castle for a year. From October 1902 to November 1903 he was Chief Officer (first mate) of a new steel full-rigged ship Brynymor, then went into steam until resigning in mid-1906 to take up his new life in Broome.

At the time I was focused on luggers and their completely unfamiliar world, but in passing wondered about 'iron' and 'steel' sailing ships. Surely such things were made of timber? And four masts? I had no idea about the great metal sailing vessels that dominated merchant trade for fifty years, and even in the steamship era sailed profitably until the Second World War. (I also had no idea, until writing Alan Villiers, how this sailing-ship experience would have helped forge the personal qualities of the talented Captain Gregory.)


Somewhere along the way in the early 2000s, I visited the beautiful barque Polly Woodside and discovered there were indeed metal sailing ships (I'd actually looked over iron-hulled Polly in 1993 and not noticed). In 2002 I became involved with efforts to set up a maritime museum in Victoria by people who'd helped with the extraordinary restoration of Polly over the years, which resulted in the Maritime Heritage Association of Victoria.

MHAV came to an end in 2016 without achieving its declared aim, but along the way helped in efforts to save the historic maritime precinct in Williamstown, now occupied by Seaworks and the Williamstown Maritime Association's wonderful Pirates Tavern.

The Maritime Museums of Victoria, with its fourteen member museums all over the state, now fills the niche MHAV had once hoped would be taken by a single institution, but that may not be a bad thing – MMV is able to cover a broader range of maritime interests than any single body could. (Declaration of interest: I do websites for MMV, WMA and MHAV.)


So what has that to do with Alan Villiers? At an MHAV committee meeting one night in 2004 we were mulling over a possible 'iconic figure' as a focus for a maritime museum, and Villiers' name came up. A Melbourne boy who'd achieved global fame for his writing and photographs of the four-masted steel barques in the 1920s and 30s – why not?

I knew his papers were at the National Library of Australia in Canberra and I'd become vaguely curious about the background to some of his odder tales, so volunteered to have a look at the papers. I did so and discovered more than I'd ever expected; and started researching and writing from that point. In 2006 I discussed some of their Villiers material with the National Maritime Museum in Greenwich, UK, and after seeing my early chapters of the manuscript they offered to publish it.

As Villiers had been a long-term trustee of the NMM and the museum was still in close contact with his family I faced for the first time the classic biographer's roadbump, but in the event Villiers' family were extremely kind to me and, although rather surprised at some of my material, were always supportive.

So what now is Mr Villiers' standing now in his home country? Still as low-profile as ever. His work was always appreciated more in Britain, Europe and America, and his long residency overseas and focus on foreign vessels may have made him a tall poppy to the insecure Australia of the mid-20th century. Yet over the years his legacy remains, and helps inspire others to care about the great four-masted barques.

Mariehamn, the capital of Finland's Åland Islands in the Baltic Sea, was the home port of many of these sailing ships. An extraordinary highlight for me in researching this book came in June 2006, when I visited the Ålands Sjöfartsmuseum, the maritime museum at Mariehamn. Among its amazing exhibits is the beautiful four-master Pommern, floating serenely in the harbour outside.