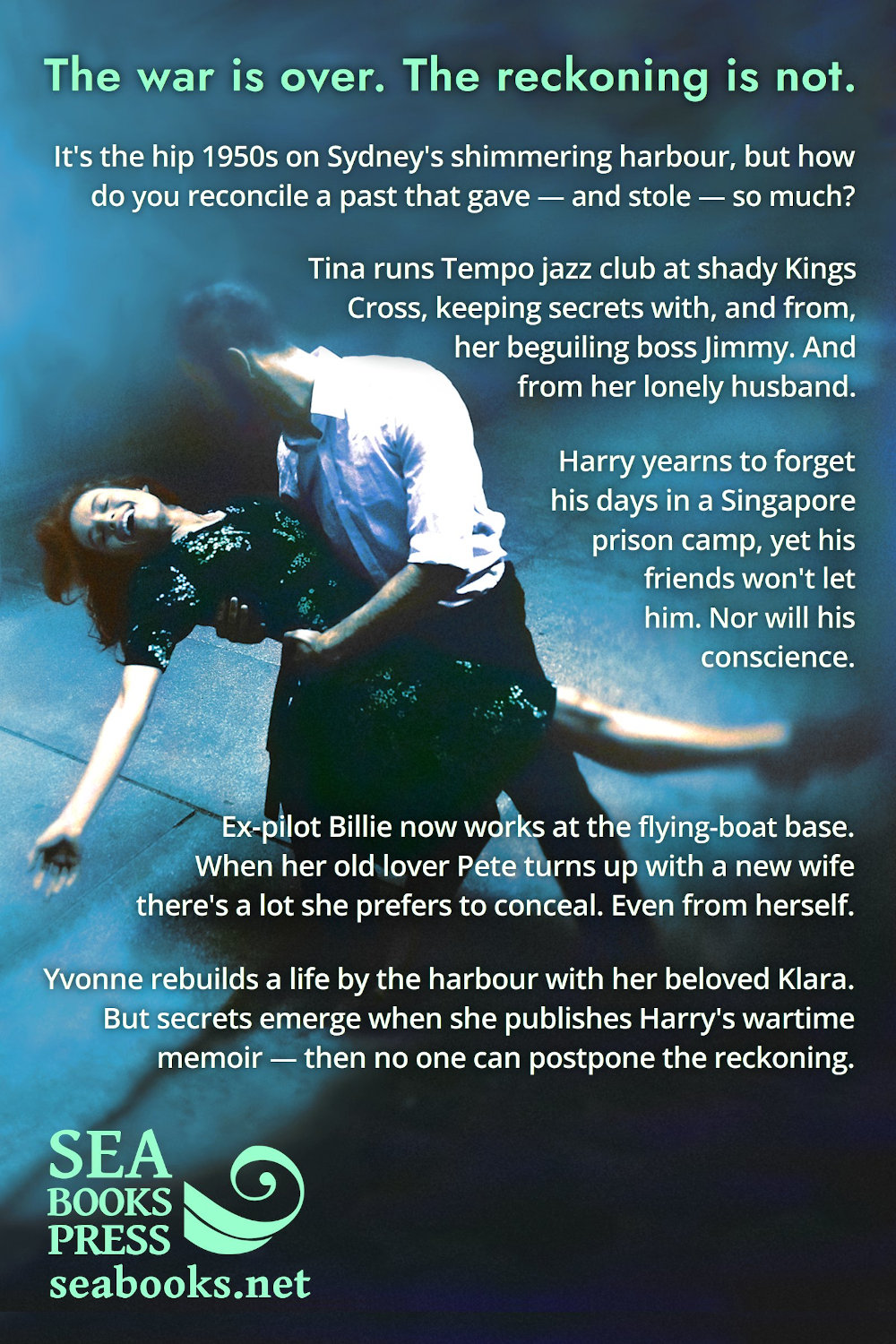 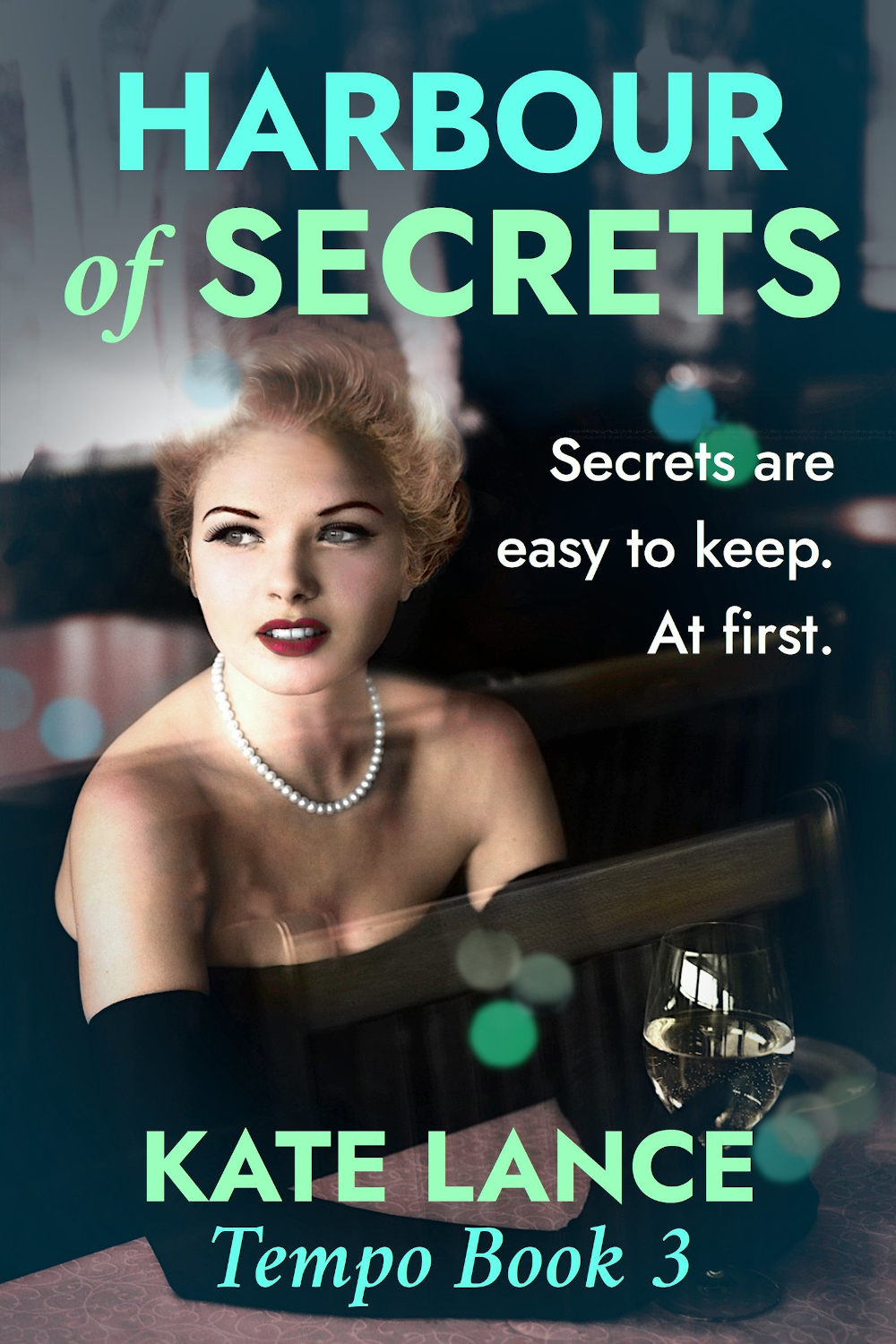 Harbour of Secrets is the third book of the Tempo series, narrated by four of the characters, who tell the story from their own points of view as it moves through time. It takes place between 1948 and 1957, and is set in Australia.

The war may be over, but the reckoning is not. How do you reconcile an era that gave — and stole — so much?

It's the hip 1950s on Sydney's shimmering harbour, but it’s not easy for Eliza and Harry Bell to keep the past safely forgotten. Hard for their friends too.

Billie Quinn is no longer a pilot. She works the radio at Sydney’s seaplane base, and is sure she’ll cope when her old lover Pete turns up with a new wife. But Billie’s only ever had one weakness.

Married Tina keeps secrets with — and from — beguiling Jimmy Kelso. She runs his jazz club Tempo at shady Kings Cross, but has yet to discover the exchange of gifts between criminals is a finely calibrated art.

Lovers Yvonne and Klara hope for a new life beside the blue harbour. But when Yvonne publishes Harry’s wartime memoir, no one can postpone the reckoning.

Secrets are easy to keep. At first.

The first volume of the Tempo trilogy is Testing the Limits, which is set in Australia, Britain and Europe in the years 1929 to 1936. The second is Embers at Midnight which takes place between 1937 and 1945, and is set in Britain, Asia and Australia.